Where should CCP’s priorities be, when it comes to game design? Does trying to please the most active people serve the health of the game, or should design decisions be agnostic of the current balance of numbers? There’s been a...

The post Is Game Design a Numbers Game? appeared first on INN.

Day two of Fanfest 2022 has been incredible. It was packed with amazing presentations, roundtables, developer interviews and updates, which means there’s a whole lot more news to share today, following all that was announced yesterday.

Here you’ll find a round-up of key news, updates and announcements from day two of Fanfest, most of which takes a deeper dive into what was revealed at 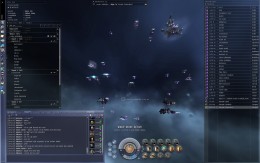