After WWB (Beeitnam) ended, the question was in the air of what the next war would entail. Many bet that Goons would wage war against TEST. Others theorized that Fraternity would move against their long-time rival Army of Mangoes (AoM).... 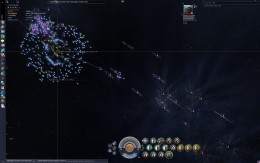