18 months after the last address, given just ahead of the battles of M2-XFE, a State of the Goonion (SOTG) was held on June 19 at 1800 UTC. What follows below is the text of the speech given by The...

The Monthly Economic Report for May 2022 is now available.

You can download all of the raw data used in this report here. Each image can be enlarged by clicking on it. 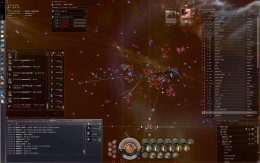